Scenery and time seamlessly fly by again as we ride our train from Bath to London on this early Sunday morning in December.

The town of Chippenham was home for the last three nights and four days. Our resting place was the most unique setting yet, a 100 + year old barn remodeled into four loft-style studios. Our host, Alex, appears to have done most of his own work on the interior of the space and we very much enjoyed the fit and finish. We slept in the small loft which sat over the top of the main living space containing the seating area, the kitchen and the dining spaces. Alex appears to have an affinity for Latin culture as we noticed all the tile work throughout the space had a very south-of-the border feel. He even had a small spice rack containing some of our favorites like chili powder and cinnamon; we added another in the way of cumin and cooked up several Mexican dishes that made us feel at home. Fortuitously, I spotted a bottle of Anejo Tequila in the cupboard which practically begged me to have a taste. However, it was unopened and I just couldn’t bring myself to break the seal. We made good use of the studio and even took an entire day to relax and catch up on planning and other, much less exciting stuff that comes with being an “adult”.

A day spent in the neighboring city of Bath was probably the highlight of our time here in the UK. The drive in to the city was beautiful and reminded us quite a bit of Ireland: rolling green hills, open space and innumerable sheep dotting the landscape. The city of Bath itself was incredibly picturesque. To kick off the day, we began with a visit to Alexandra Park, which resides on top of a hill overlooking the city. 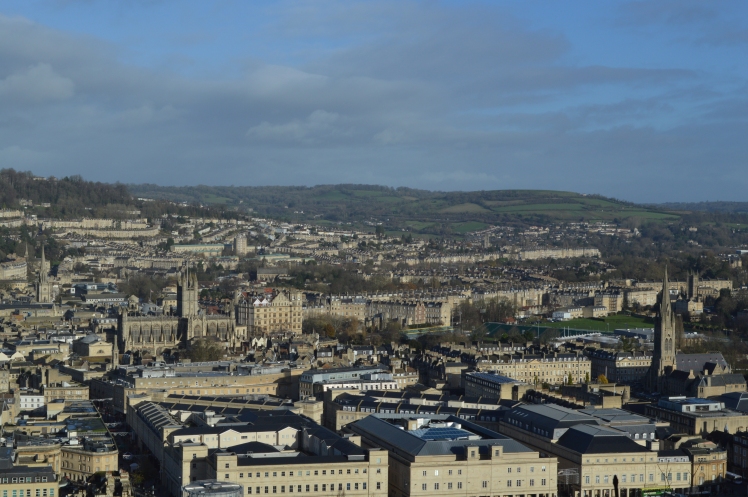 After our visit to the park, we dropped off our Hyundai at a “car park” – you know, where your car goes to stretch it’s legs and rest while you visit your destination by foot – and weaved our way through the holiday shopping crowd. Not having any expectation of what the city would offer outside of aged buildings, we were dumbfounded at the amount of people out shopping; remove the old architecture and we could have believed that we were in the US, save all the funny accents we heard. Tarin had done quite a bit of research for our day in the city and went so far as to schedule afternoon tea at the Royal Crescent Hotel. 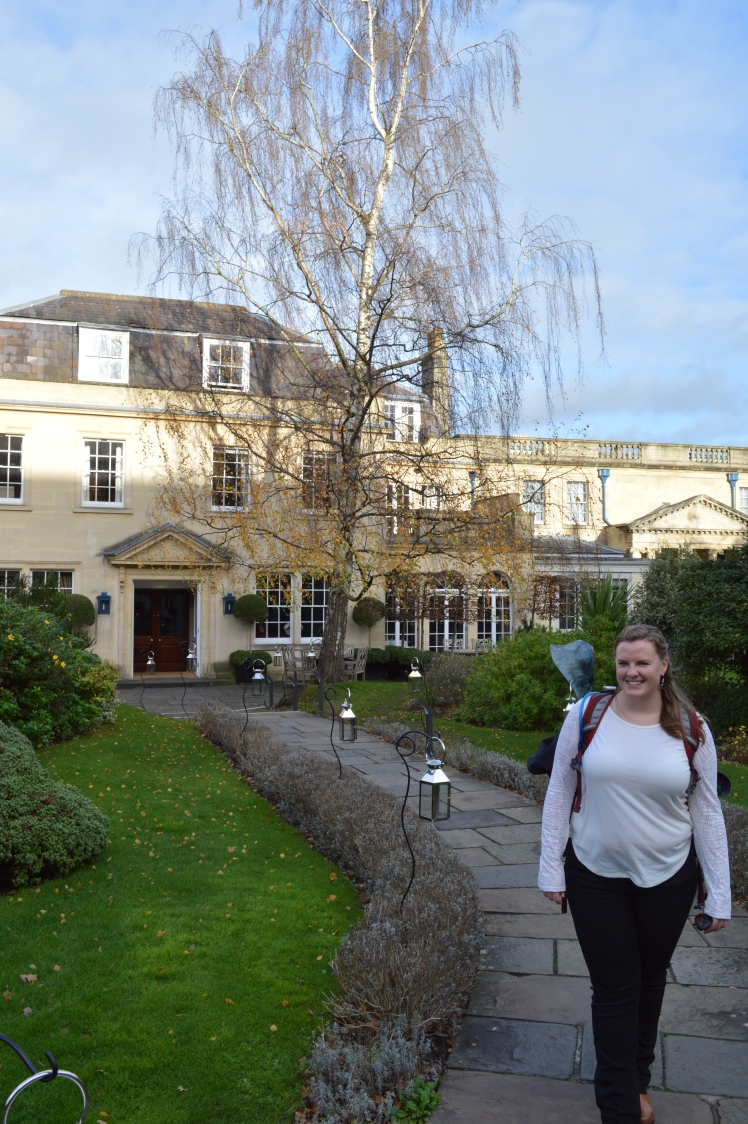 Arriving earlier than our reservation proved to be a non issue and we were shown to a quiet room in front of a large window overlooking the manicured courtyard gardens. 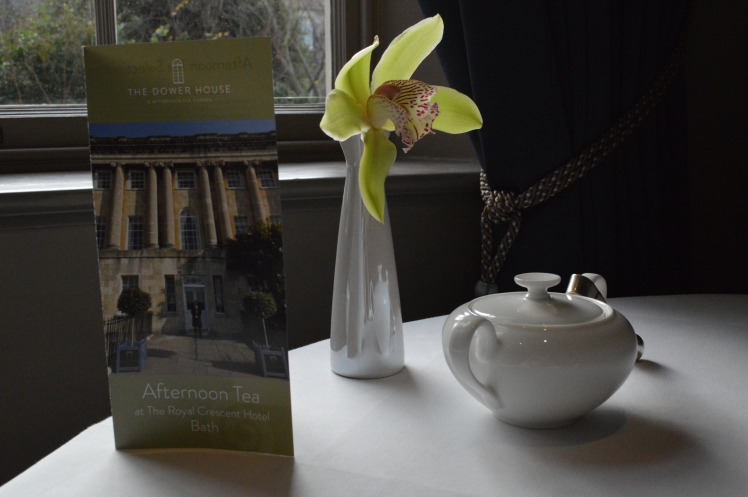 Electing for a sweet and savory mix of food and a rich black tea, we decided to add in a flight of Champagne. Hey, when in Bath! Wait, I might have that wrong…but it is an ancient Roman city. Don’t judge me.

Our last day was spent lounging around the studio as we were both feeling a bit exhausted. We’ve been travelling for 67 days. We miss home and our animals. We took yesterday to relax side-by-side and recuperate. Right now, we are en route to London for a day of sightseeing. To be continued…

ANNNND, WE’RE BACK! Our train pulled in to Paddington Station, London around 10am and we transferred to the metro line. After a couple more transfers, we landed at Liverpool station in the heart of the city. We dumped our baggage at a holding station and hit the streets. A busy day lie ahead as we took in the main attractions including London Tower, London Tower Bridge, Parliament, Big Ben, Westminster Abbey, St. James Park, Buckingham Palace and Green Park. Phew. 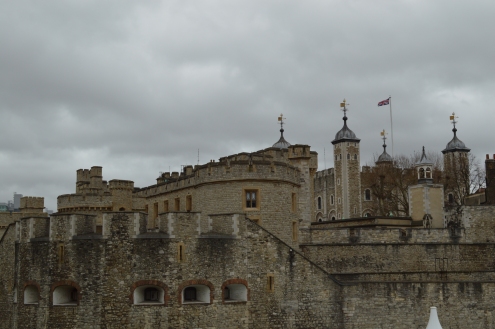 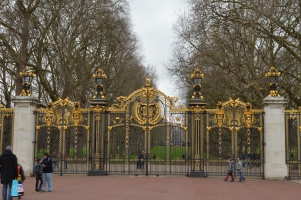 Needing to rest our laurels in the afternoon, we grabbed some seats in the first establishment we could find. Sketch – a local Teahouse turned artists exhibit. Apparently this place is a Michelin Star rated restaurant and they serve a killer macaroni and cheese, although it was $18USD. Save the sticker shock, we really enjoyed our stopover. Leave it up to a couple of Americans to order mac and cheese at a Michelin Star restaurant! The entire place mimicked an art installation with each space having it’s own theme. Tarin likened it to Alice in Wonderland and I was reminded of Willy Wonka and the Chocolate Factory. Sketch certainly offers more than the typical English Tea experience! 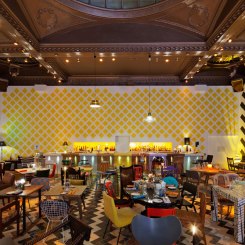 All said and done, we covered over 13,000 steps while in London, which equates to a little over 5 miles. Our feet and eyes are tired and we are ready for the overnight ferry to Amsterdam!